“His areas of expertise have included patents, mainly with chemical processing, metallurgy and pharmaceutical inventions, and also in respect of trademarks and copyright law.”

Andre van der Merwe obtained a B Sc in Chemistry and Mathematics from the University of Pretoria (adding chemical engineering subjects thereafter). After 8 years of experience in industry, he joined the patent profession and obtained the degrees B Proc and LLB from the University of South Africa. He was admitted as an attorney of the High Court of South Africa in 1975 and was registered as a patent agent in 1977.

His areas of expertise have included patents, mainly with chemical processing, metallurgy and pharmaceutical inventions, and also in respect of trademarks and copyright law. He has dealt with both filing and prosecution matters, and also litigation in these fields before the Registrar’s Office and before the High Court of South Africa, including before the Supreme Court of Appeal. He is presently an accredited senior adjudicator in domain name disputes in the .co.za, .net.za, .org.net and .web.za domains.

He has published and presented papers on various IP matters locally and abroad, and over the years he has been active in making submissions on emerging Intellectual Property legislation in South Africa, including in respect of Traditional Knowledge and Traditional Cultural Expressions.

Participated in various publications and talks nationally and internationally. 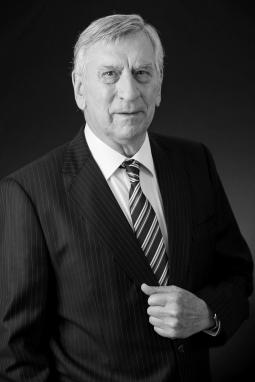 Lionel triumphs in a “Messi” trade mark battle
Pointers for becoming famous on social media
“I can’t breathe”– The ethics and feasibility of trade mark registrations in the context of South Africa
Why South African businesses should apply for a section 11D tax incentive today.