“His technical areas of expertise include electrical and electronic engineering, telecommunications, computer and information technology-related inventions.”

Adelhart is the current chairman of KISCH IP and holds a BEng (Hons) in Electronic Engineering from University of Stellenbosch. After experience in the engineering industry as a research engineer at Council for Scientific and Industrial Research (CSIR) on various projects, which included computer and control system components, he obtained BProc and LLB degrees from University of South Africa. He was admitted as an attorney of the High Court of South Africa in 1986 and was registered as patent attorney in 1987.

Adelhart specialises in patent specification drafting, patent prosecution and patent litigation. His technical areas of expertise include electrical and electronic engineering, telecommunications and computer and information technology-related inventions. He has a wealth of experience in prosecuting patent applications through the main patent offices of the world and also has experience in European post grant opposition proceedings as well as appeals to the Board of Appeal.

Adelhart also deals with unlawful competition matters and copyright matters in the engineering and related fields, including computer software. In his litigation practice, Adelhart has successfully represented various clients in a broad range of patent litigation matters before the Court of the Commissioner of Patents and in appeals, including the Supreme Court of Appeal.

For more than 17 years now, he is acting as lecturer and examiner in a subject – Selected International Patent Laws, Systems, Conventions and Treaties – which forms part of the curriculum of prescribed examinations for qualifying as a patent attorney in South Africa. Adelhart has presented various papers at events held locally and abroad on a variety of topics falling within his above fields of expertise, including nanotechnology. 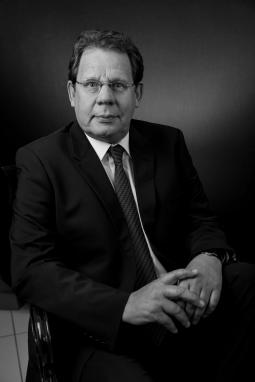 THE IMPORTANCE OF YOUR TRADE MARK SPECIFICATION
The Pitfalls of Open-Source Software
WHAT ELSE? NOT EVEN GEORGE CLOONEY COULD GET NESPRESSO OUT OF THIS ONE
Building off Brexit