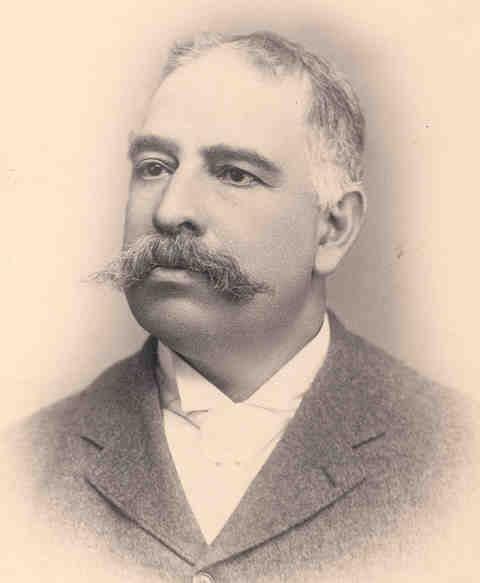 Daniel left England for the shores of South Africa in 1858. From 1868 to 1873, Daniel prospected on the goldfields of Tati, along the Umfuli River and elsewhere in Mashonaland (modern-day Zimbabwe). He explored the area, hunted, and spent time with Paramount Chief Lobengula. In 1873 Daniel visited England and married Rebecca Spier, a Londoner. The couple travelled by Union Line Steamer to South Africa and, during the voyage, befriended Cecil John Rhodes, the South African politician before settling in Pretoria in 1874.

Daniel established a business known as Kisch and Harsant – General Merchants amongst other (Harsant left the business in 1876, returning to England). Kisch and Harsant prospered and diversified, extending into real estate and accounting, and moving into new premises on Church Square, Pretoria.

In 1875 Daniel was sworn in as Justice of the Peace by PJ Joubert (acting State President of the South African Republic) and H Stiemens (acting Secretary of State). During the first British Occupation of the Transvaal (1877-1881), Daniel was appointed by the government to the position of Auditor-General.

The firm distinguished itself as a company of patent and trade mark agents, filing its first patent applications under Act 6 of 1887, De Octrooi Wet (The Patents Act) as DM Kisch, South African Patent & Trade Mark Agents. 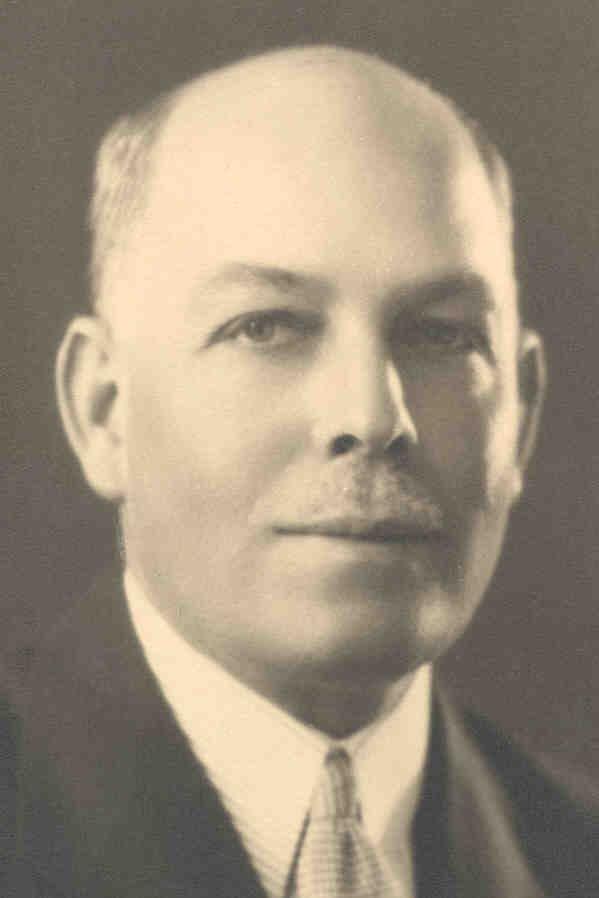 The firm registered some notable patents, including one filed on behalf of Dr Werner von Siemens, one on behalf of Thomas Alva Edison and one for Guglielmo Marconi. DM Kisch also acted in South Africa’s first legal case involving a patent when he represented Dr Von Siemens regarding an invention relating to the separation of gold by means of electricity.

Since the late 1800s the firm has secured patent and trade mark rights for some of the most important inventions and brands of the last 140 years.

In 1888, Daniel wrote to the Secretary of State, applying for the position of Ingenieur van Electrische Werken en Verlichting (Engineer of Electrical Works and Lighting) of the South African Republic.

He had already undertaken engineering projects in Pretoria during the 1870s and by now was the owner of the Pretoria Engineering Works. 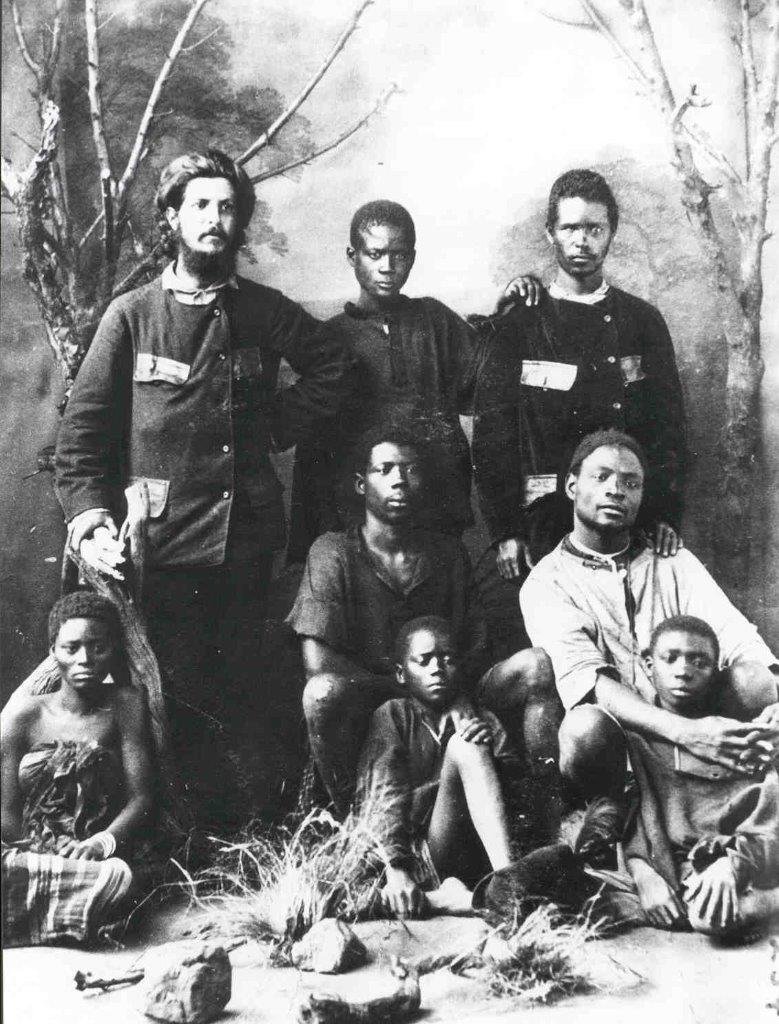 Unfortunately, Daniel’s health deteriorated and, en route to Europe for medical treatment, he died on board the steamer Umhloti.

Daniel’s businesses in Johannesburg and Pretoria were left to Charles. After the Second Anglo-Boer War (1899-1902), Charles closed the Pretoria office and the firm began to concentrate on intellectual property law from its new head office located in the Victoria Building in Johannesburg.

During the period between 1903 and 1912, WE John and AL Spoor joined the firm, which was managed by Spoor from 1914 to 1918 while Charles fought in World War I. In 1922 Spoor resigned to establish his own firm and the following year John also resigned to do the same. In 1928, RW Blackstock, a British patent agent from Fitzpatrick & Co., joined the firm.

Peter Kisch, Charles’ son, graduated from London University with a degree in Mechanical Engineering in 1933, returning to South Africa to join the firm. He qualified as a patent agent two years later and was appointed as a partner in 1938.

On the outbreak of World War II, Peter joined the Royal Air Force and served as a pilot from 1939 to 1945, attaining the rank of squadron leader.

During Peter’s absence, CP (Chris) van der Walt joined the firm as draughtsman. He was the first Afrikaans-speaking person to qualify as a patent agent and became a partner in the firm in 1950. In 1945, after returning from the war, Peter assumed full control of the firm.

Charles Kisch passed away in 1947 at the age of 72 and Peter became the senior partner of the firm – a position he held until his retirement in 1971.

At the time the firm was already acting for major clients, both locally and internationally, having handled trade mark registrations for illustrious companies like Dunlop, Royal Baking Powder, White Horse and Levi Strauss. 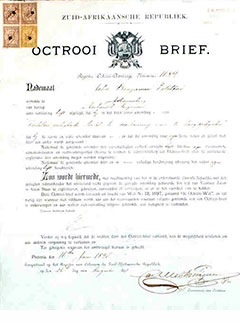 Peter Rattray, who took over from Peter Kisch as senior partner of the firm, remained in that position until his retirement from active practice in 1984.

In 1968, a branch of the firm was re-opened in Pretoria by Johan Lamprecht.

In 1976 DM Kisch & Co., Patent and Trade Mark Agents, became a partnership of attorneys and in 1979 it incorporated and changed its name to DM Kisch Inc, with Peter Rattray as the first Chairman of the Board.

On Rattray’s retirement, he was succeeded by Dux Truter. Subsequent Chairmen were Johan Lamprecht, Reinhard le Roux, Derek Momberg and Adelhart Krüger.  At van Rooy is the current Chair of the Board of KISCH IP.

In 2015 DM Kisch Inc. re-branded as KISCH IP. Today the KISCH IP group of companies consists of DM Kisch Inc., Kisch Africa Inc., and Kisch Global Ltd. Our vision is to be the most respected IP Law firm in South Africa and Africa. We continue to be known for the specialist capabilities and expertise of our 16 skilled partners and dedicated support staff, activities across Africa, and worldwide representation via a network of dedicated agents. We have offices in Johannesburg, Pretoria, and Jersey (Channel Islands)

New Plant Improvement Act and Plant Breeders’ Rights Regulations Look Forward to an Age of Industrial Hemp
Moderna suing Pfizer, and BioNTech – The Why, Where, What and Lessons to be Learnt
MANOLO BLAHNIK WINS A BATTLE BIGGER THAN CARRIE BRADSHAW’S SHOE COLLECTION
Extension of Deadline for Recordal of Intellectual Property Rights in Kenya