WHAT ELSE? NOT EVEN GEORGE CLOONEY COULD GET NESPRESSO OUT OF THIS ONE

Another revolutionary case for 3D marks was handed down by the Swiss Federal Supreme Court on 7 September 2021. This case reiterated that Trade Mark law should not be confused with Patent law. And that Trade Mark law cannot protect a technical feature exclusively offered by Patent law, nor should it be used to protect a technical feature in perpetuity where a patent only offers a limited period of protection. 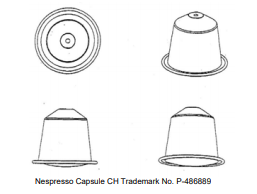 The Ethical Coffee Company (ECC) had developed a capsule similar to the shape of Nespresso’s and the shape was also compatible with Nestlé’s machines. The ECC manufactured its capsules from plant fibres and biodegradable starch. This biodegradable capsule has been sold in France and Switzerland since 2010.

This legal battle started in September 2011 where Nestlé took legal action in Vaud, Switzerland to ban the sale of capsules produced by the ECC. The Vaud Cantonal Courts rejected Nestlé’s request for a ban and found the trade mark issued by the Swiss Federal Institute of Intellectual Property to be invalid. Naturally, Nestlé, unhappy with the Court's decision, appealed to the Federal Supreme Court.

The Federal Supreme Court's decision not only deals with the concept of “technical necessity” as an absolute ground for exclusion in Switzerland, but also compared the Swiss legal situation with the EU and Germany decisions, in particular, how these courts dealt with the interpretation of the concept of “technical necessity". The Federal Supreme Court also referred to the decisions Lego C-48/09 and Philips C-299/99 of the CJEU.

Similar to the 2017 German Federal Court of Justice decision, the Swiss Federal Supreme Court maintained several times in its decision that the goal of Trade Mark law cannot be to "perpetuate the protection of technical solutions" once the patent term has expired. A further aspect that did not help Nestlé was the existence of (expired) patents on the same capsules, that showed identical figures to Nestlé's 3D trade mark registration.

The Swiss Federal Supreme Court explicitly referred to a similar provision as Art. 2(b) of the Swiss law, which makes it absolutely impossible to register a technically necessary shape, even if it had become distinctive through use in the market place. As a result, the Swiss court found that technical necessity trumps an acquired reputation and Nestlé’s marks were invalidated.

Things to consider when formulating a royalty rate
Advertising watchdog gets its teeth back
Russian trade mark wars – PEPPA PIG and others
The Metaverse, Non-Fungible Tokens and how to protect your brand within this digital phenomenon